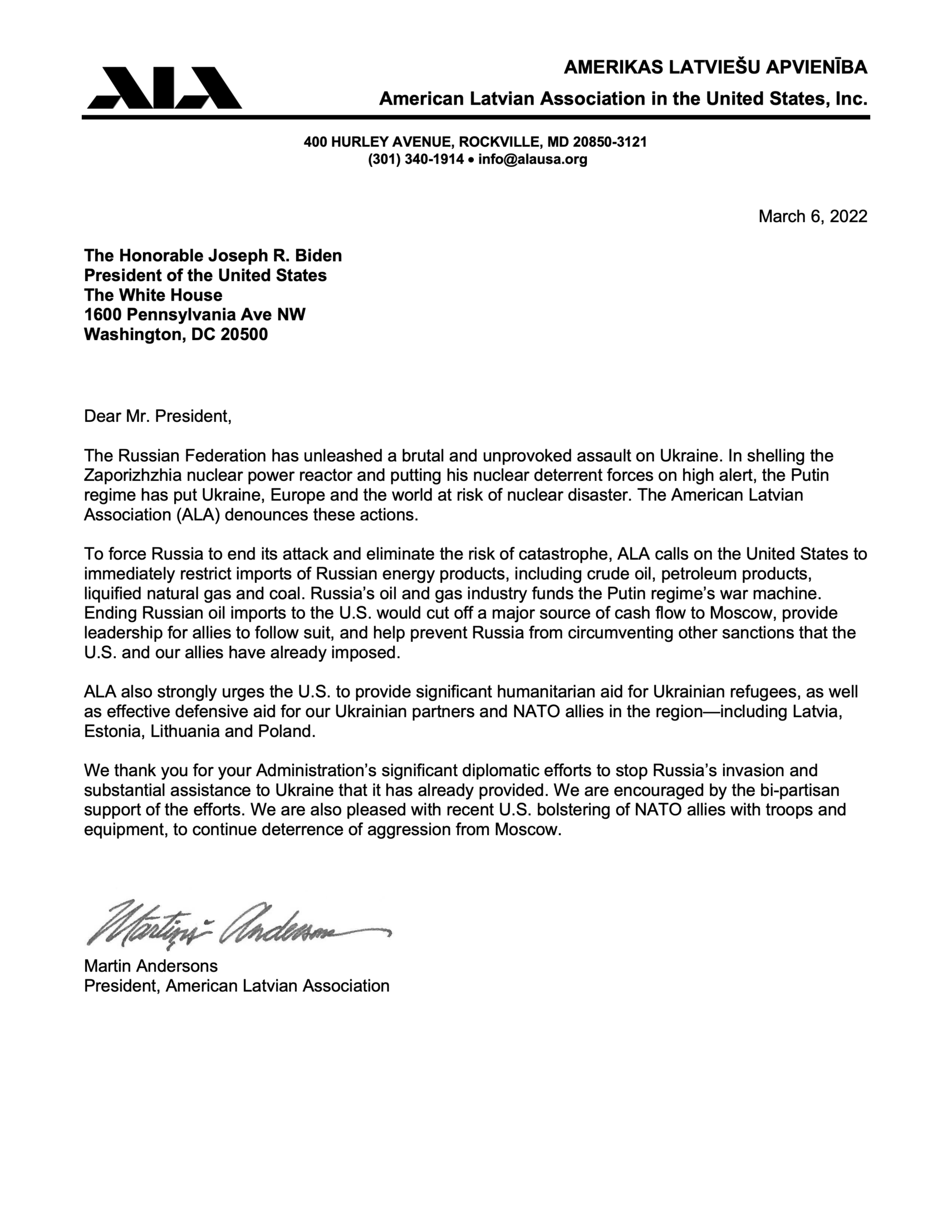 The Russian Federation has unleashed a brutal and unprovoked assault on Ukraine. In shelling the Zaporizhzhia nuclear power reactor and putting his nuclear deterrent forces on high alert, the Putin regime has put Ukraine, Europe and the world at risk of nuclear disaster. The American Latvian Association (ALA) denounces these actions.

To force Russia to end its attack and eliminate the risk of catastrophe, ALA calls on the United States to immediately restrict imports of Russian energy products, including crude oil, petroleum products, liquified natural gas and coal. Russia’s oil and gas industry funds the Putin regime’s war machine. Ending Russian oil imports to the U.S. would cut off a major source of cash flow to Moscow, provide leadership for allies to follow suit, and help prevent Russia from circumventing other sanctions that the U.S. and our allies have already imposed.

ALA also strongly urges the U.S. to provide significant humanitarian aid for Ukrainian refugees, as well as effective defensive aid for our Ukrainian partners and NATO allies in the region—including Latvia, Estonia, Lithuania and Poland.

We thank our government for its significant diplomatic efforts to stop Russia’s invasion and substantial assistance to Ukraine that it has already provided. We are encouraged by the bi-partisan support of the efforts. We are also pleased with recent U.S. bolstering of NATO allies with troops and equipment, to continue deterrence of aggression from Moscow.