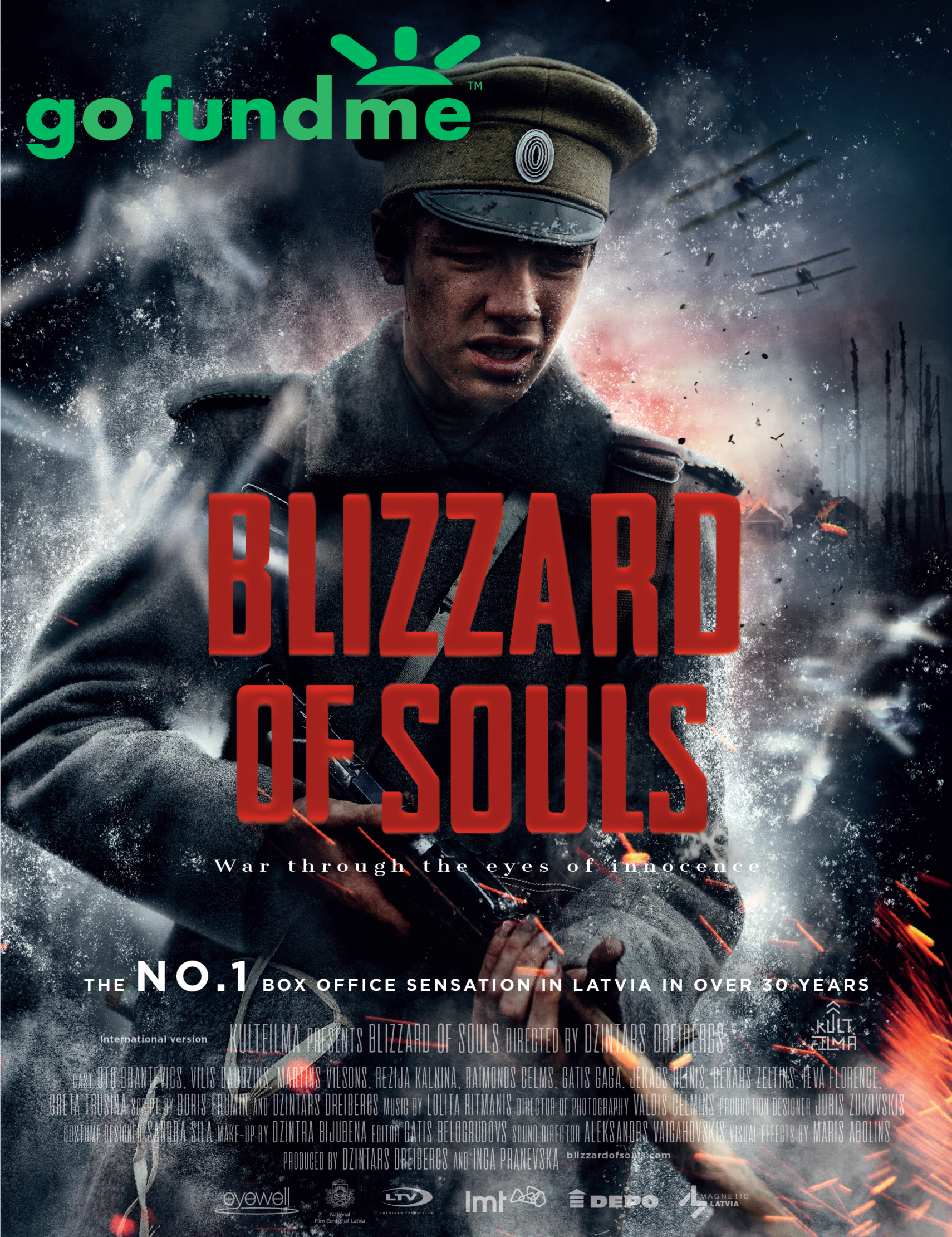 The WWI epic drama Blizzard of Souls (Dvēseļu putenis), directed by Dzintars Dreibergs, is Latvia’s official Oscar submission for 2021! The film is based on the true story of young Arthur, enlisted in WWI’s Eastern Front- too young to fight, but old enough to die.

If you are a fan of the film, or a general supporter of Latvian cinema, please consider donating to ALA’s GoFundMe fundraiser for “Blizzard of Souls” Oscar campaign!

The campaign is expected to require at least 50 000 EUR in qualification and PR costs. The Latvian National Film Centre has already committed to supporting the campaign with 20 000 EUR.

You, too, can help take “Blizzard of Souls” to the Oscars, by donating to ALA’s GoFundMe campaign! This is a unique opportunity to spread the name of Latvia in the world, to popularize talents in Latvian cinema to a global audience, and to draw more investment in the Latvian entertainment industry.

Donate on the GoFundMe platform: https://charity.gofundme.com/o/en/campaign/alas-fundraiser-for-blizzard-of-souls-oscar-campaign

The American Latvian Association (ALA) and the team from the Oscar-nominated film “Dvēseļu putenis” (Blizzard of Souls) extend their most sincere thanks to those who have generously donated to the GoFundMe fundraising campaign to support this Latvian cinematic masterwork at the Oscars. We are grateful to those who attended the ALA-sponsored virtual event to hear from the movie’s creative team.