How to Celebrate White Tablecloth Holiday on May 4 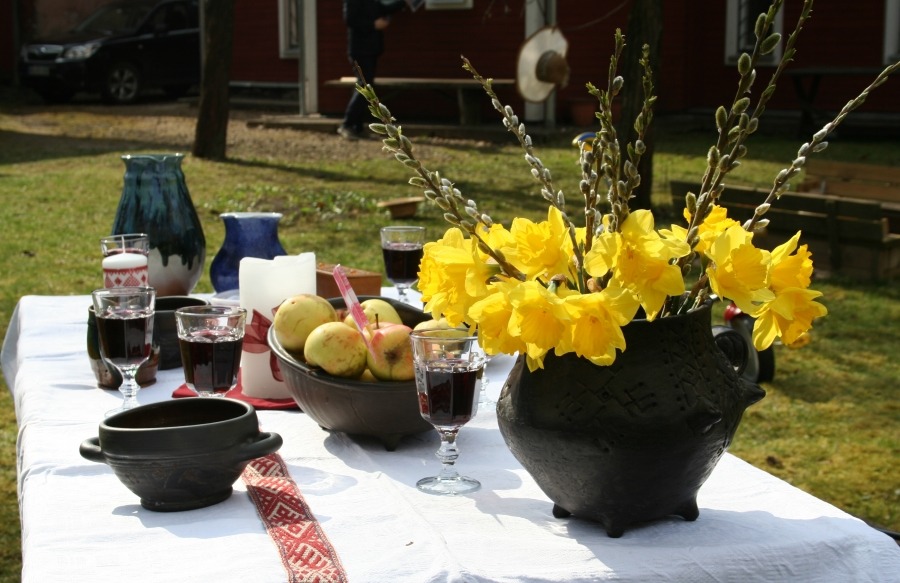 ALA invites everyone to celebrate the White Tablecloth Holiday, in observance of the Restoration of Latvian Independence on May 4 thirty years ago!

The Declaration “On the Restoration of Independence of the Republic of Latvia” was adopted on 4 May 1990, by the Supreme Soviet of the Latvian SSR.

The Declaration stated that, although Latvia had de facto lost its independence in 1940, when it was annexed by the Soviet Union, the country had de jure remained a sovereign country as the annexation had been unconstitutional and against the will of the people of Latvia. Therefore it resolved that the Molotov–Ribbentrop Pact and the Soviet occupation of Latvia in 1940 were illegal, and annulled the declaration on the accession of Latvia to the Soviet Union of 21 July 1940, re-instituted the Constitution of Latvia of 1922, which was thereupon partly suspended, and set a period of transition to de facto independence, which would end upon the first session of Saeima.

The “White Tablecloth Holiday”, is Latvia’s symbolic second birthday.  Our way to remember our “FOR” day – May 4th. The “White Tablecloth Holiday” is simple: to come together around a beautifully laid white table to remember what it means to be a Latvian in a free country. To remind ourselves that we have a country in which we have the freedom to speak and think and to choose our future. Let’s set a table with a white tablecloth and celebrate our freedom!

Virtual Celebrations
Dienvidkalifornijas latviešu biedrības svinības: https://biedriba.org/mājas-lapa
Reach out to your local Latvian community – they may be celebrating virtually as well!